Kow Kun Food & Beverage Division was originated in 1973 and managed by the father of boss of the 1st Generation. During 1973, Kinmen was an important battle field at the vigorous military age, troops stationed everywhere in Kinmen. Every holiday, soldiers consumed and dined at this food & beverage division.

Since the founder and boss of Kow Kun Beef Store, Mr. Chen, Yia-San lived in a poor family with many siblings, it’s absolutely impossible to get good education. Kinmen was an important military field and because of cross-strait confrontation, in order to stabilize the army, government of Kinmen strongly advocated conscription, the boss enlisted military training for food at the 3rd Military School. Hereafter, since he had to feed family and found it difficult to develop at army, he decided to leave the army and learn a skill. He resolutely retired from army in 1975 but did not do jobs smoothly. Because lived in a poor family with parents, younger brother and sister, the boss must support his family. So he went to Taipei for work at a restaurant. He worked very hard and learned diligently, so he was appreciated by the owner of the restaurant. He got the chance to enter into kitchen to start learning basic cutting and cooking. The old master there strictly instructed him the cooking skill of every dish. After very strict training, he became an independent chef and cooked very delicious dishes.

With 100% selected fresh beef, the most exquisite part of meat chosen by Old Master and the best thickness, exclusive efforts of the Chinese roasted sauce to see the fresh beef cut into integrity of tendons and meat with succulent and unique taste. 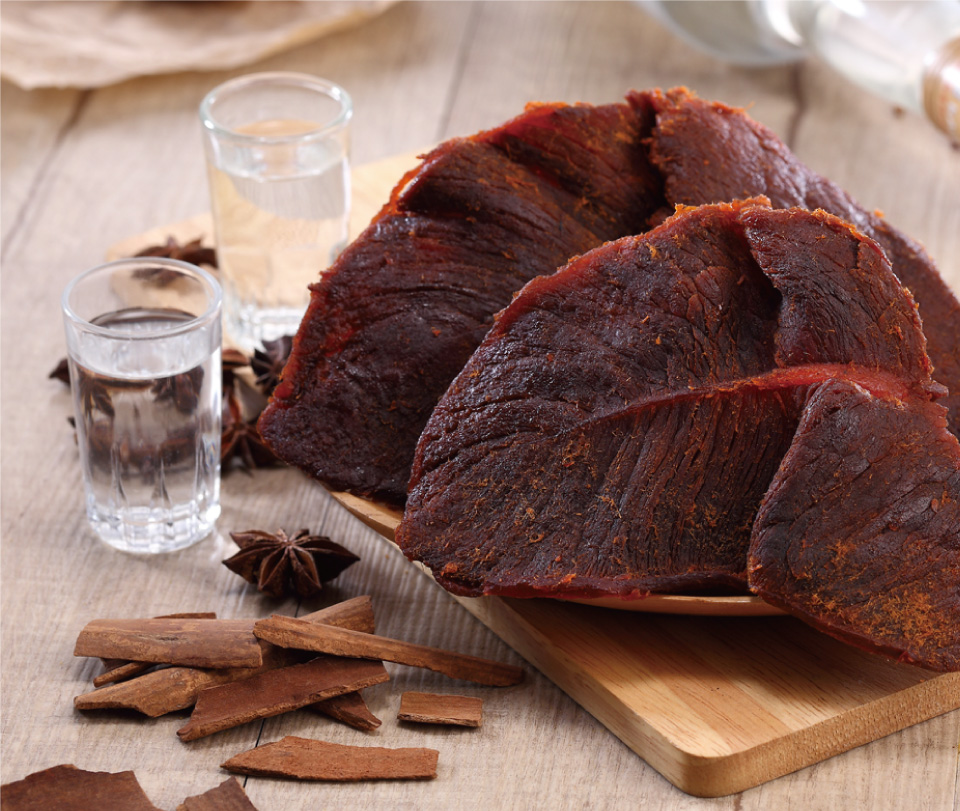 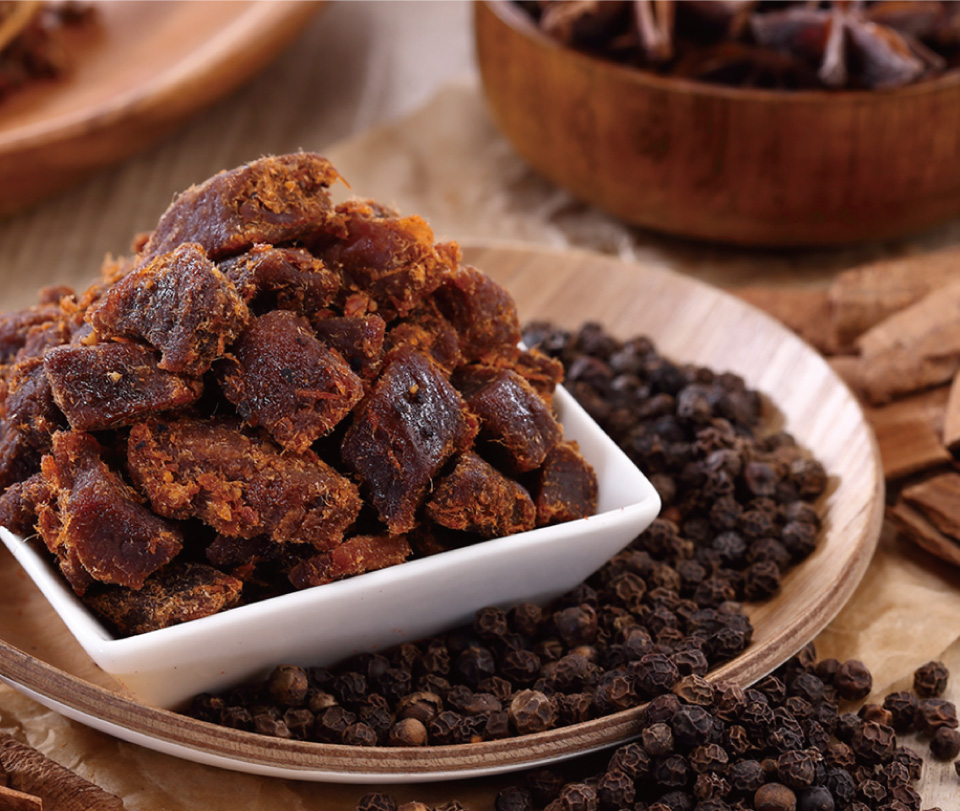 Selected highest-quality beef is cut in easily-eaten mini size and easy-to-carry pack. Old Master developed a variety of colors and taste of the unique flavor, with proper size and sweetness of chewing, no dry or stiff taste, but straight and solid texture when tasting, rich beef flavor remaining in the mouth. Taste it with grace, and leave a rich aftertaste anytime, anywhere.

Insisted on selecting 100% fresh pork with unique tasty sauce, handed down from tradition and combined with natural seasoning. It took time and traditional skills of pickling and roasting by the master’s sharpness and skill for control of temperature and flavors. No matter it is the jerky with smooth taste or thick chewy cutlet, the meat is delicious with perfect texture. Each pack will make you memorable. 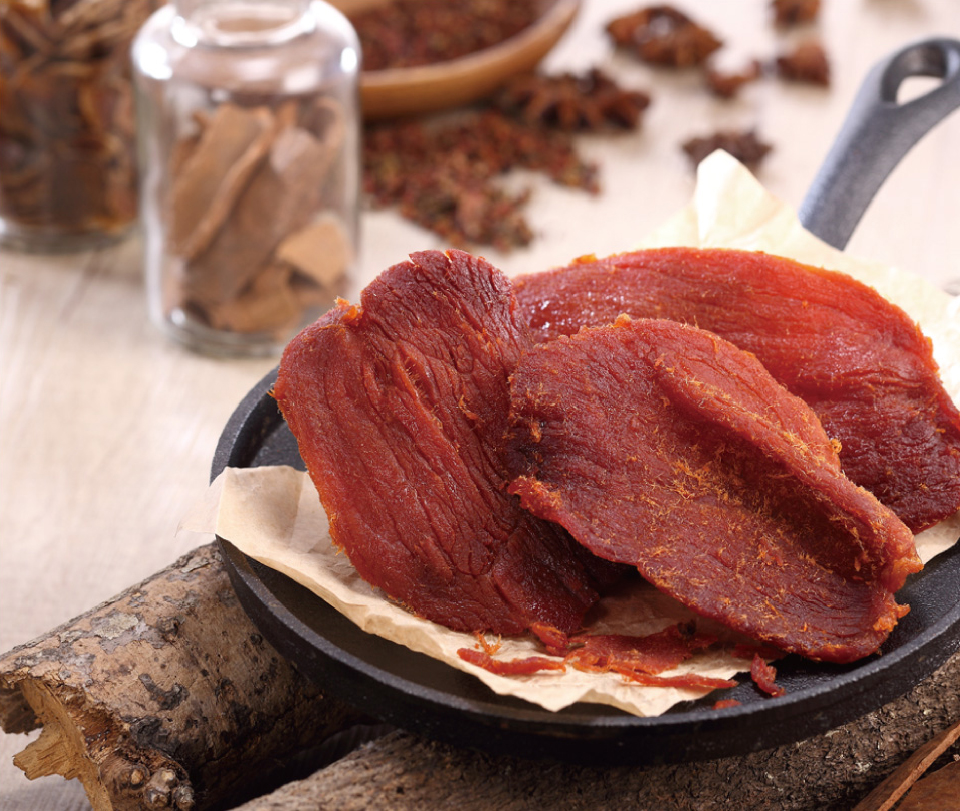 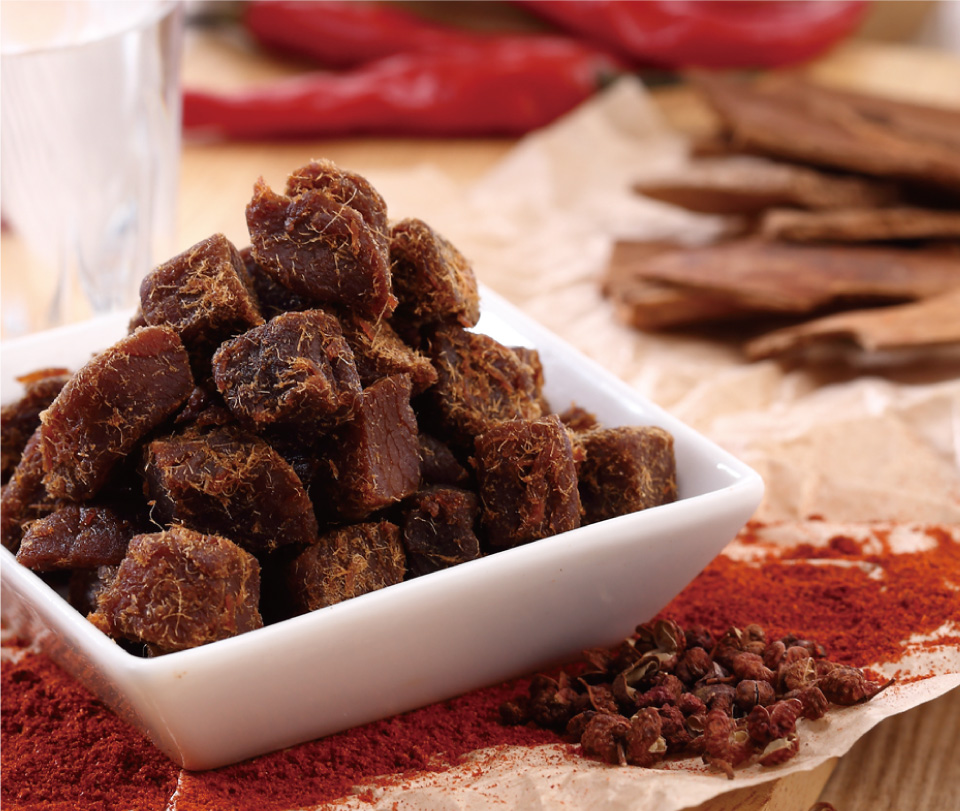 Pork Lump Series of selected fresh pork is portable and convenient with thick meat, proper size and natural meat texture. Combined with Kaoliang Liquor and the perfect proportion, the meat texture is especially juicy. Every chewing is full of aroma of marinade, making you memorable and willing to eat more.

Inherited from the traditional skill, Old Master focused on the material quality to develop a variety of delicious sauces. No matter it is the old beef series of beef cutlet roasted with slow fire, or the pickled vegetable chili sauce designated by gourmets, they are perfect taste with genuine material, definitely the good match with rice, seasoning, cooking and soup. 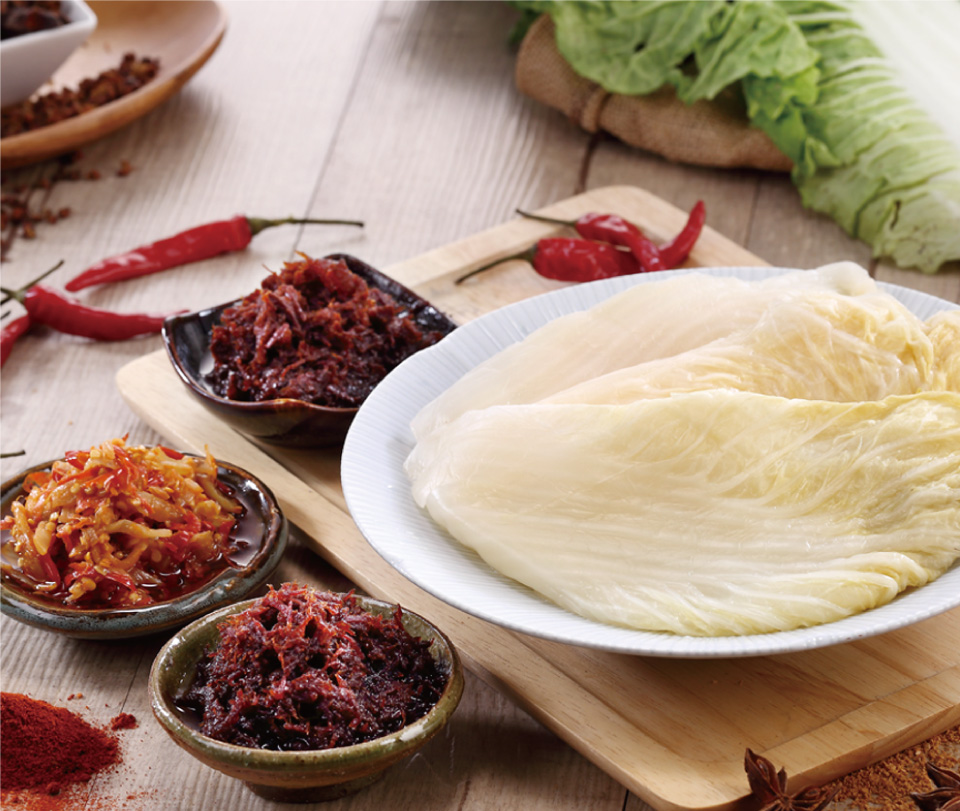